In an effort to make the levels of the feedback ladder easier to remember and use, Kristen came up with metaphorical names to describe each step. The idea is that you’re living in a house that’s still being built. Each of the “inconveniences” we’ve listed (mountain, boulder, pebble, sand, dust) has a different level of impact on your day-to-day life in the house. For example, you may notice dust on the floor, but it doesn’t impede your ability to live your life; on the other hand, a boulder blocking the door would quite literally be a blocker. 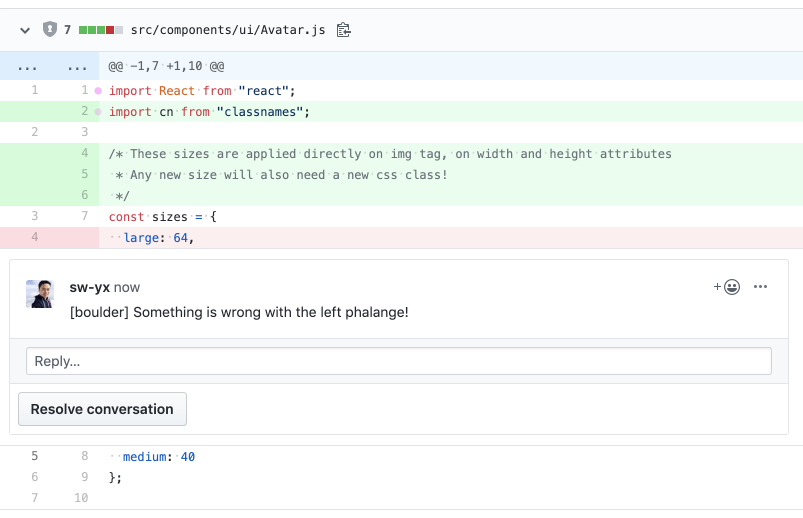 This mountain has torn the roof off of your house. There’s no room for you inside, you gotta take care of that right away before doing anything else!

This boulder is blocking the door, people can’t get in and you can’t get out. You gotta get it out of there. But you can take care of some other stuff first, like finishing installing the lights in the kitchen.

This pebble is super frustrating when you encounter it on the floor, but it doesn’t get in your way that often so you can deal with it later when you have time.

It’s a little annoying to have sand in your house; you should consider later if it’s worth cleaning up. But maybe you just end up pointing out to folks that your house is at the beach so it’s always gonna be a little sandy no matter what and you’re willing to live with that since you get to be at the beach!

Some people may notice the dust and think it’s worth cleaning up, others won’t mind it at all.