There are those who describe Netlify as “GitHub Pages on Steroids”. If that’s the case then Hugo on Netlify must be digging into Lance Armstrong's stash.

Go is a compiled language that produces statically compiled binaries that tend to be significantly (!) faster than any of the common interpreted languages. It has great support for high performance async IO operations, and since static site generators often spend a long time reading and writing files, this can make a world of difference in performance.

That shows, when you compare Hugo with just about any other static site generator. The Hugo Homepage claims ~1ms per page, and that's consistent with what we've seen in our tests.

The average time from push to eg. GitHub, until a new deploy is live on our CDN was around 6 seconds for our test project!

Setting up continuous deployment for a Hugo project is straight forward, here's the settings for our test site: 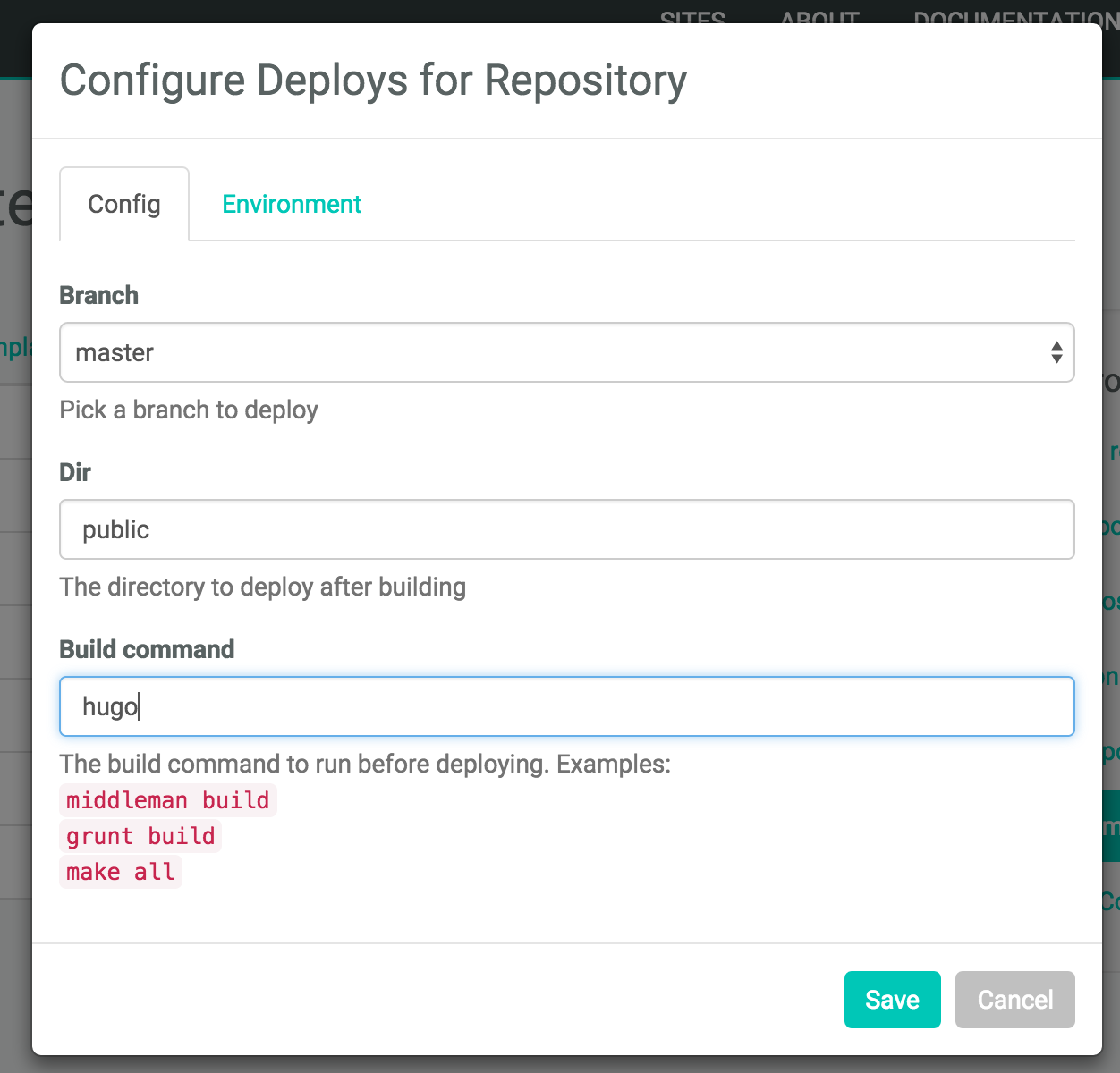 That's it — now you're ready to go from Push to Deploy in 6 seconds!

So if you dig modern static websites, but want to cut time of your build process, make sure to check out Hugo. On Netlify :)