We’ve got something big to share - Circle the date for May 19th. Register now!

In this Netlify team interview series, we’ll be giving you a sneak peek of a day in the life of some of our teammates. Next up: meet Laurie, Senior Data Analyst at Netlify. 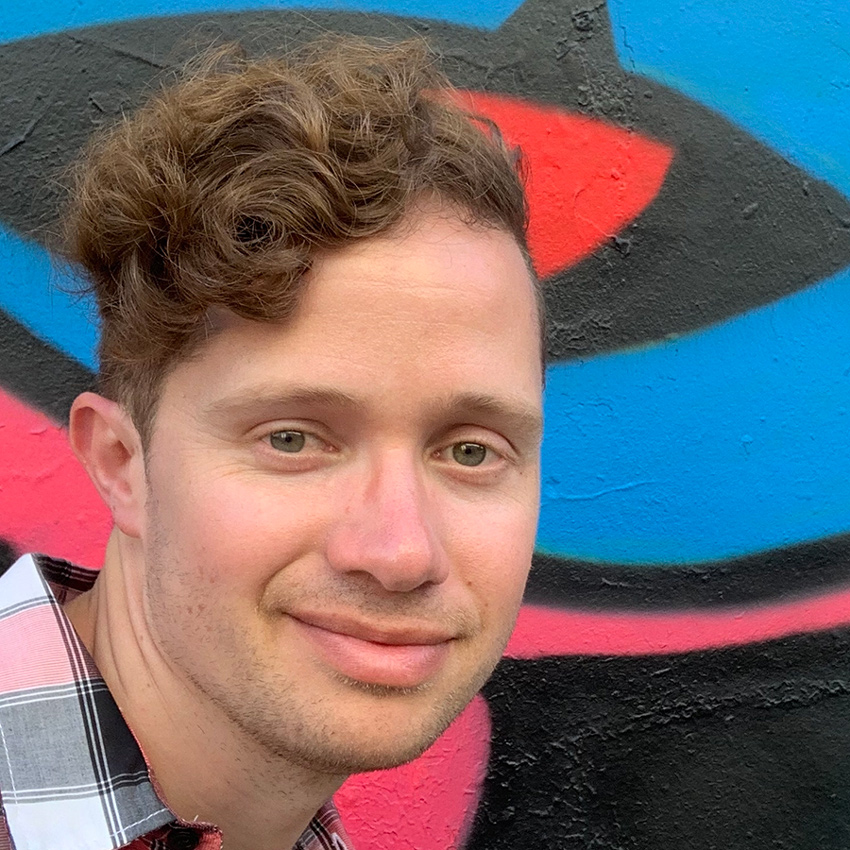 What was your path to joining Netlify?

When I describe myself I always lead by saying that I’m a Web Developer, no matter what my actual job description is. A Web Developer is who I am, it’s what I always identify as. I started early, building web pages as soon as I got Internet access in 1996, and I even started a web development company when I was in high school. I had to get my mom to drive me to the meetings! Then I went to college in the UK for a Computer Science degree and came back out of that to become a Web Developer again, as if nothing new had happened.

In 2014 I co-founded npm Inc, and I was sitting in the world of JavaScript, but my perspective of it was always as a web developer. So I was always thinking: what does this mean for web development? Over the years my job at npm became less and less about writing code and more and more centered around talking about what was going on in the ecosystem and doing an analysis of all of npm’s data. In the course of doing that job, I bumped into Chris and Matt, Netlify’s founders, a couple of times in the community. So when I left npm I knew that I cared a great deal about web development and had acquired a skill set in data. After taking half a year off, I reached out to Matt and Chris. I thought that they were doing great things in web development and asked if they needed any help with their data, which is how I ended up joining Netlify! I basically sold them on me joining as: what if I do what I did for npm, but here?

What were your first impressions of the company?

I was in a very lucky position because npm has this sort of bird’s-eye view of everything that’s going on in the world of JavaScript. Netlify uses an enormous amount of JavaScript, so I didn’t need to ask Matt and Chris how the company was going! I could see in npm’s log data that Netlify was growing quickly, that it was getting enormous. While I was at npm, we would often talk about Netlify to other startups and investors and would always recommend Netlify, because we saw that they were growing. So Netlify was my first call when thinking about where to go next. In terms of the interview process, it was unusual because I was basically hired into a role that wasn’t officially open. So I met with all of the departments to talk about what I do and figure out how I might fit into the organization. Our product team was the most enthusiastic about this role, which is how I landed in the product team.

What is your role?

When describing my role, I usually introduce myself as the interface between product and data. I work with the data team every single day but I am officially part of the product team, and my job is to answer the product team’s questions for about half of my role. The other half of my job is to look at the data from the perspective of a product person, which means exploring the data and finding insights to bring back to the product team and present to them. A lot of the findings are around discovering some aspect of the usage of the product that you didn’t know you should be asking about or some new activity that has implications for the design of the product. That means we should make certain changes or take different initiatives in the future.

Netlify is the first company I’ve worked at where I’ve worked remotely all of the time, though npm had full-time remote workers. Before Covid, I think about half of the company worked out of the San Francisco office, and I was based there, but even then the company culture was that SF based employees would work from home 2 days a week to make sure remote systems really worked for everyone.

Then the pandemic hit and we all went completely remote at the same time. There was definitely an adjustment period for me, where I didn’t like it because I didn’t want to be remote all the time. However, part of that was that I just wasn’t set up for it: my fiancé and I were both working from the same 10’x10’ room. It was so intolerable that we moved house!

Now that I have an office of my own in the new house, remote work is really working for me. I have seen teams at other companies complain that they are losing out on the serendipitous stuff like overhearing people having a conversation, but I think at Netlify we compensate for that on Slack to a large degree and if you’re in enough channels you see people having conversations. I also find that people will drop me a DM even if I’m not part of a discussion so that I don’t miss out on conversations. It’s an important part of remote culture.

…at Netlify we compensate for that on Slack to a large degree and if you’re in enough channels you see people having conversations.

What is the most rewarding project you’ve worked on?

One of the things that I found most rewarding was completing the full user base survey. We have 1.3 million registered users and offered for them to participate in the survey. We were able to get some really great broad-based statistical data about what Netlify users are thinking and what they’re up to that we never knew before. That was always my bread and butter at npm, so it was fun to be able to repeat it with a similarly sized user base. We’re going to repeat it again at the beginning of 2021, which means that we’ll have two years to compare and see the changes in the trends. It’s really fun because it’s outward-facing and it helps get a sense of where our users are and what they’re up to. And of course it also helps us internally figure out what features are most important, and what we should focus on.

Are there any particular memories that stand out from your time here?

Having run companies of my own for 10 years, one of the things that I was initially worried about when joining Netlify was thinking that the culture was going to be different because it wouldn’t be my culture to change, but I quickly realized the culture was actually exactly what I was looking for. Our founders have been really clear about communicating the values of the company that they’ve founded. We’ve already done a lot of things, like for example how we took Juneteenth off and made clear statements in support of Black Lives Matter. There wasn’t any hemming and hawing about it. With us, there’s a no nonsense approach which I really like and think it’s rare to find.

What are some fun facts about you & what are your passions outside of work?

I’m various kinds of a huge nerd. So, in 2015 I decided that I was gaining too much weight and started going to the gym constantly. Like, twice a day for an hour – which is a lot of time to spend at the gym. I ended up losing a lot of weight and really the thing that prevented me from going wild with boredom was that I started listening to audio books because that’s the thing you can do when you’re sitting on an elliptical. I specifically focused on historical biographies, and realized after I had read 10 or 11 biographies of US presidents that I should just go back and read them all! So I went back and filled in all of the gaps, and now I have read at least one biography about every single American president. I actually also made a website about it in which I rank them by how good or bad they were, according to me. You can visit it at presidents.fyi, which is of course on Netlify.

I’m now full of fun facts about presidents! So now whenever anyone talks about anything related to politics, I can be incredibly tedious about historical precedents, which is my idea of a good time.

Do you have any advice for someone looking to join Netlify?

When observing the differentiators around what types of people who do well with our team, it seems to come down to if they really care about web development in general. That doesn’t necessarily depend on if they’re a web developer for a living. For example, if you like writing backend services for a living but still think building websites is neat, it’s going to be a great match because that’s what we’re all about! Web development is what Matt cared about when he put Netlify together, and the whole company is sort of a distillation of Matt’s preferences into a giant machine. Personally, I care deeply about web development, and at any given time I would love to be building a website, so it’s great that our whole company is geared towards building fun, sometimes wacky sites. If that’s the kind of person you are, and there are lots of those sorts of people, then you’ll love this company. We’re a company full of web nerds and it’s one of the things I like about it.

Personally, I care deeply about web development, and at any given time I would love to be building a website, so it’s great that our whole company is geared towards building fun, sometimes wacky sites.

More in our Meet our Netlifolks series

Check out the 'Meet our Netlifolks' series, a collection of interviews designed to give you a peek into our day to day & introduce you to the Netlifolks who build our products!

Check out the 'Meet our Netlifolks' series, a collection of interviews designed to give you a peek into our day to day & introduce you to the Netlifolks who build our products!