Party at Jamstack Conf 2021! Let’s talk Jamstack: How it started, how it’s going

Party at Jamstack Conf 2021! Let’s talk Jamstack: How it started, how it’s going

Consider this your official invite to the phatest virtual house party of the year! RSVP for free to join the Jamstack community October 6-7.

Just another boring zoom event? As if!

Cassidy Williams, Phil Hawksworth, and Jason Lengstorf will host three tracks, bringing together the Jamstack community under one roof. Jump into different rooms to get your fill of corny jokes, new tech launches, surprise guests, live demos, wig changes, lightning talks, and a chance to see a Jamstack e-commerce app built from scratch in a very special edition of Learn with Jason.

The theme of this year’s event is Jamstack: How it started, how it’s going. We’ll explore how far the ecosystem and community has come in the last 5+ years, and why it’s such a fun time to be a frontend developer! You'll hear from community members who have built Jamstack apps at incredible scale and complexity, be the first to see new technology launches, and learn directly from the creators and makers in our community who are at the top of their game. We’ll also preview what’s next for the Jamstack ecosystem, including bleeding-edge frameworks and new tech at the data layer.

Don’t just take it from us. Here’s your first peek of featured talks being presented by some of the flyest speakers around.

What should you do now?

First, let’s get jiggy and create your custom conference lanyard. We want to see your very own ‘How it started, how it’s going’ story. Get started by registering. And, share it with us @jamstackconf. 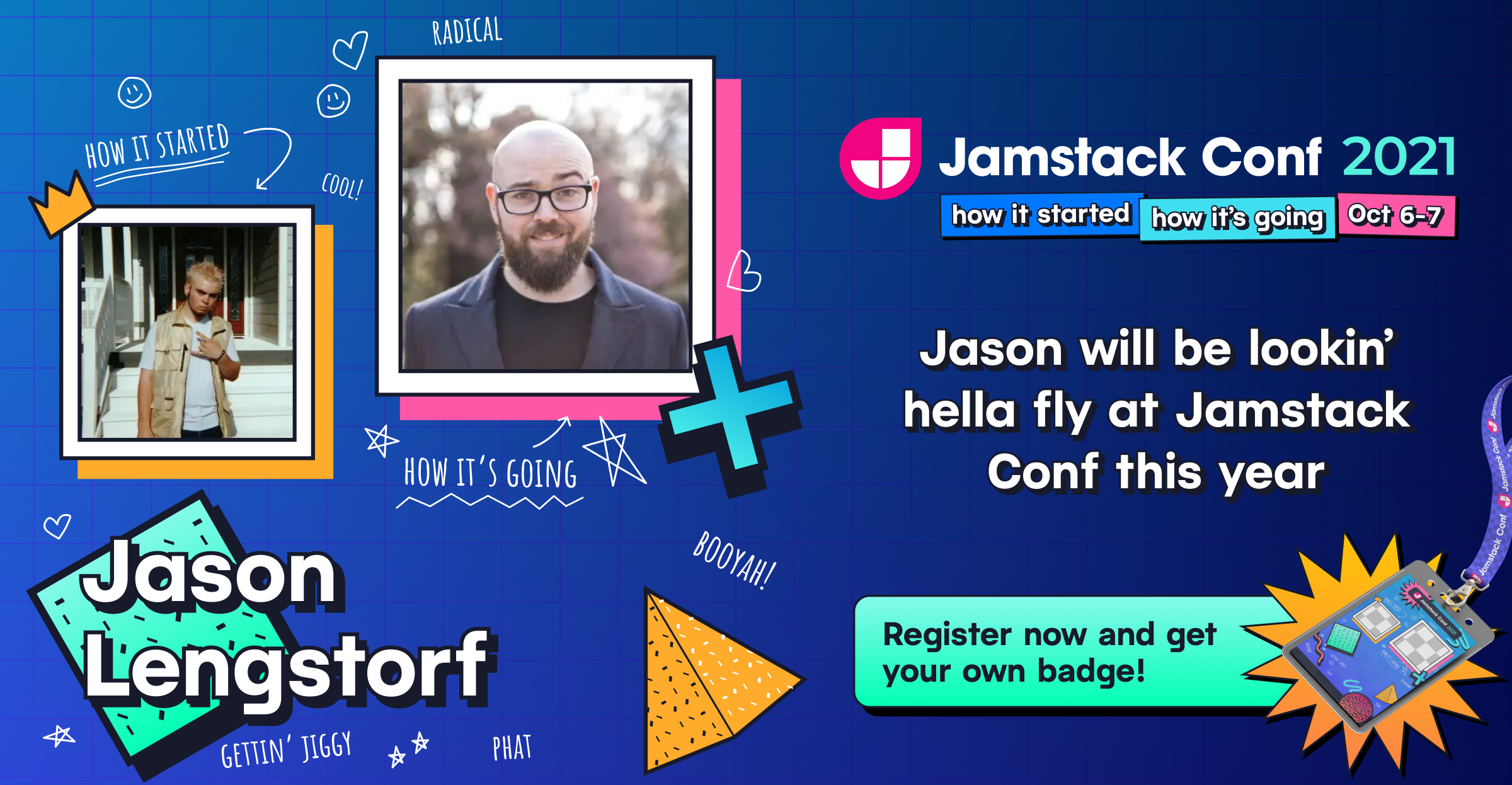 The CFP is closed. We’ll be releasing the full agenda soon.

In the meantime, nominate other community members or yourself for the Jammies awards! Nominations close on September 3rd.

You can also contact us to sponsor Jamstack Conf; let’s get creative together to support this community—top level sponsorships are already selling out!

Workshops are now available for purchase to add to your registration. Each course will be on October 7th and limited to 40 attendees.

The Jammies 2021 Award Nominations are Open!

How to use Tailwind CSS with Remix