Do More at Build Time with Build Plugins

Do More at Build Time with Build Plugins

Throughout December we'll be highlighting a different Netlify feature each day. It might just be the thing you need to unlock those creative juices, and dust off that domain you registered but never deployed! Keep an eye on the blog and on Twitter for each feature!

On engineering teams and in life, in general, time tends to be the most valuable yet least plentiful resource. Since studies have proven that us humans cannot multitask, we must find another way to do many things at once. May I introduce build plugins.

Build plugins are little utilities that you can install through your project dashboard that help with caching, optimizations, security, and a ton more. So when you run your build it can run your tests while you run to get lunch. Yay, more things at once! You can check out the whole list in the plugins dashboard. 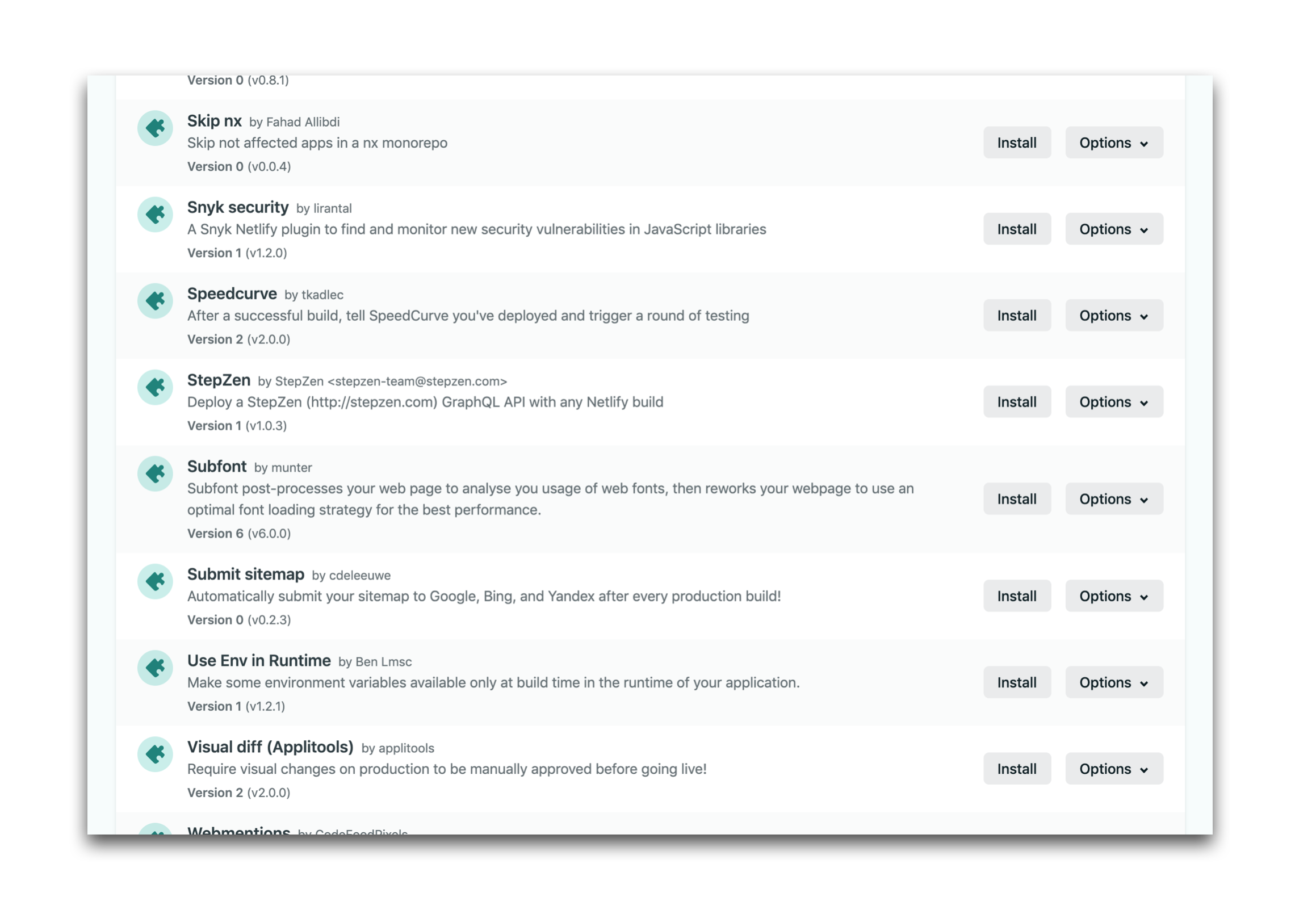 Can you think of some tedious task that you have to take on every time you deploy? Have to check your Lighthouse score, optimize images, run Cypress end-to-end tests? Well, there are build plugins for that BUT what if there wasn't 😱?! No worries, you can spin up your own 🥳.

There are two parts to a Build Plugin: the .yml file for the plugins meta data and any .js files you need to make it do what you need. Then you can pull it into your projects with your netlify.toml configuration file. With plugins you can add functionality to each part of the build processes:

Learn more about creating your own Build Plugins in our documentation. Happy coding 👩🏻‍💻!

Resources for the Road