React’s upcoming Suspense feature is the most exciting thing to happen in React since… well, since React. However, it is tricky for frontend devs to try it out. Netlify Functions could help.

React Suspense is a generic way for components to suspend rendering while they load data from a cache. It is a fundamentally new capability that:

For slow connections, it gives you full control over where and when to show a placeholder. It doesn’t destroy the previous view while this is happening. Watch the JSConf Iceland demo if you haven’t already.

What’s tricky about trying it?

A hurdle with trying out React Suspense is the need to “fake” a backend API to interact with, or to use a public API with possibly restrictive API keys that add signup steps and security concerns to your demo. This distracts a lot from the actual point of the demo.

With our open source netlify-lambda utility, you can run Netlify Functions locally, essentially setting up a deployable serverless backend alongside your local frontend dev server. This lets you use serverless Netlify Functions while in development, which will work the same when they are deployed on Netlify in production. (As an additional benefit, having your serverless functions checked into the same Git repo as your frontend allows Atomic Deploys — which means your endpoints update together with your client!)

With our create-react-app-lambda boilerplate, you were easily able to set up a locally running frontend and backend. In this post, we’ll show you how to modify it to try out React Suspense against this same backend.

Setting up the repo

We’re going to clone the repo and upgrade our React versions to the React v16.6 canary versions:

If you run yarn start now you should get a functional app on localhost:3000. It looks like create-react-app v2, but it has been modified so that if you hit the button you will make a request to the endpoint specified in src/lambda/hello.js. Take some time to look around and familiarize yourself with the src/App and src/lambda code.

⚠️Warning: The exact APIs discussed below are unstable, and will likely be different if you are reading this in 2019. We will revisit and update this article when the APIs are finalized.⚠️

Time to live life on the edge. Upgrade your React version or install react-cache:

Great! Now head to src/App.js and put our app in Concurrent mode:

You can see that alongside <ConcurrentMode>, we’ve added a <Suspense> component with maxDuration={1000} and a simple fallback UI of 'Loading...' to wrap our central <LambdaDemo /> component. All components that use resource fetchers must be wrapped in a Suspense component like this, to ensure that there is a fallback UI when rendering is suspended and maxDuration is exceeded.

react-cache is a new library maintained by the React team as a reference implementation for caches that could work with React Suspense. Alternative caches will be implemented by the community, including by the Facebook Relay and Apollo GraphQL team.

react-cache itself exposes two low level APIs meant for very general use cases, so it is often easier to initialize your React Suspense cache as a singleton and pass it in automatically to your resource. Make a new src/cache.js file and fill it like so:

Good, now we have everything we need to write suspenders*!

*note: “suspenders” aren’t an official React concept, they are just what I call things that suspend.

In src/App.js we used 25 lines of code to write a class component to handle loading state, handle clicks, ping our /.netlify/functions/hello endpoint, and display the message from the backend:

With our createFetcher utility, we can rip all that out and replace it with:

And here you have written your first fetcher, which is a resource with a cache with a callback function we wrote with the browser fetch API returning a promise.

When DataFetcher is read, it suspends the render of the LambdaDemo component. When suspending, the fallback text of 'Loading...' that we specified inside the App component shows, and when the fetch promise resolves, LambdaDemo completes its render and we get the final UI: 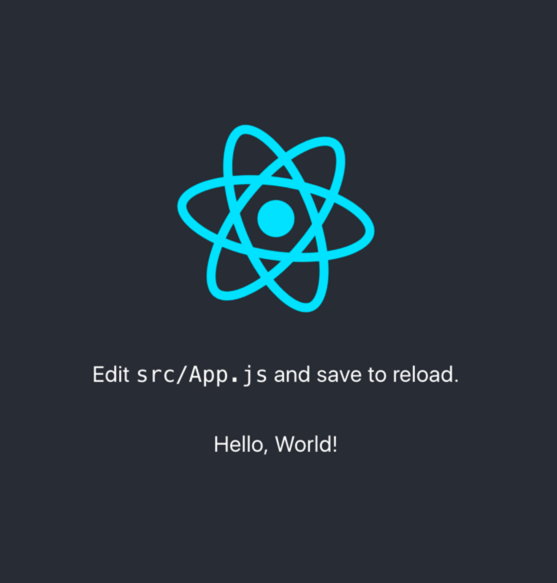 Push your new React Suspense + Netlify Functions app to a repo you own on GitHub (we have put ours on the canary branch here). Here there are a couple of options to deploy your new app: either head to https://app.netlify.com to deploy from our UI, or try our new CLI to deploy straight from your terminal!

We have ours deployed here if you want to take a look. Now go make your new JAMStack React Suspense demos!

Dropbox as CMS?! Why not? Every new file, every save action, can update your site, turning your Dropbox into one lean, mean, content machine!

In previous posts, we’ve raved about how awesome forms are, especially when you get to take full advantage of them without having to even configure a backend to handle data collection. In this post, we cover how we can turbocharge our form workflows with serverless functions.