The URL is the interface: Lunch Money web app scales on the Jamstack

The URL is the interface: Lunch Money web app scales on the Jamstack 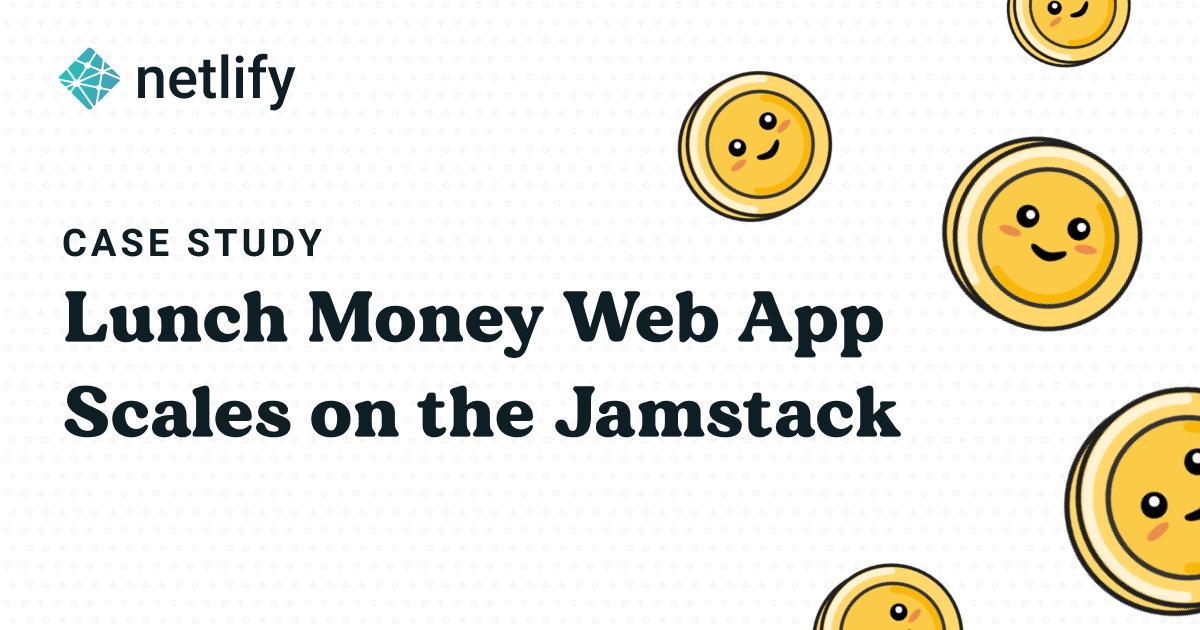 As the API economy flourishes and brings more and more features and capabilities into the reach of development teams without the need to build everything in house, there has been a boom in small to medium-sized companies shipping complex products.

Lunch Money is an ambitious project which has gained a level of momentum and popularity which belies the size of its team.

A team of one.

Jen Yip grew Lunch Money from a budgeting spreadsheet to a full SaaS (Software-as-a-Service) subscription product as a “Solopreneur” by mixing systems and services developed in-house, with third-party tools (and also some significant software engineering discipline). This case study will explore the choices Jen made and their impacts on the product.

Lunch Money is a personal finance tracking and budgeting tool, delivered as a web application with multi-currency and even crypto-currency support. It has an impressive and growing list of features including:

Delivering, maintaining, and supporting a feature list like this would be far from trivial even for larger teams, and in order for this to be achievable for a team of one, Jen drew on her years of experience as a software engineer at Twitter and technical co-founder at a startup in Silicon Valley. Mixing familiar and personally favoured tools and technologies, with newer technologies and services, Jen assembled a diverse set of resources into the Lunch Money stack.

The web application has a front-end built with React, TypeScript, and Semantic UI, which is deployed and hosted by Netlify. This front-end is cleanly decoupled from the underlying services which it consumes via APIs. The back-end is provided by a mixture of third party services, and in-house services, hosted on Heroku.

The core Lunch Money API is delivered by a NodeJS Express application which leverages Redis for message queuing and PostgresSQL to provide a relational database and access to all of this is protected by a bespoke authentication layer developed in-house.

Foreign exchange rates are fetched on a daily basis and access to the financial transaction and cryptocurrency data of users is provided to the system by trusted third-party services such as Plaid and Zabo via their APIs. Lunch Money also offers alternatives to automatic importing of financial data, such as a CSV importing tool and a developer API in addition to the manual entry of occasional transactions which is also possible through its user interface. Meanwhile, Stripe is used to power the monetisation and subscription of Lunch Money itself. 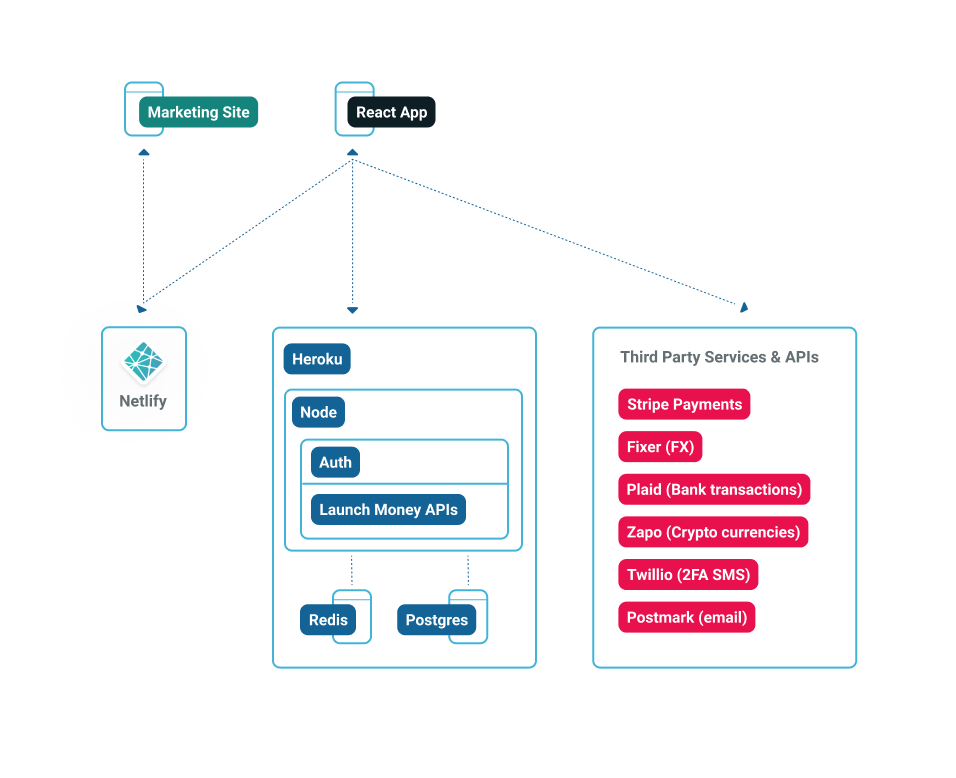 Agility and confidence through decoupling

With so many features and so many underlying capabilities, a clear delineation of responsibilities has been important in order to build a system that is possible to reason about. Otherwise managing the complexity might have become an issue.

The Jamstack makes use of such services via APIs and can be a fast-track to shipping projects with confidence. But that is not to say that choosing a Jamstack architecture means only using third party APIs. At its heart, Jamstack promotes a model of decoupling front-end from back-end services, and it is this decoupling that can yield excellent agility and confidence.

Lunch Money is a great example of using both first-party and third-party services harmoniously via their APIs, decoupled from a user interface that can then also be iterated quickly. Consider the diagram above. We see three cleanly decoupled areas of concern, each with its own focussed development workflow and hosting solution:

Lunch Money leverages both commoditized services and bespoke systems which contain the product’s business logic and competitive differentiation. It demonstrates nicely that taking a Jamstack approach does not mean abdicating all responsibilities to third party services, but rather, to leverage what makes sense, and, to build what increases value.

The decoupling is key.

This separation allows for each area of the product to be developed with the support of the most appropriate workflow and development pipelines.

Sentry and CircleCI are used for monitoring, testing and continuous integration for the back-end. While Netlify Build provides the git-based workflow and continuous deployment process for the React user interface.

The user interface is served directly from Netlify’s Edge network and so can be deployed, released, and rolled-back very rapidly. This also gives replicated environments for the beta-testing, staging, and production. All sitting identically on the Netlify CDN, and created and managed through git branches.

The decoupling of the user interface from the underlying APIs also creates an opportunity for other user interfaces to be added if needed. Perhaps with the addition of native applications for iOS and Android clients in the future. Early in the project, there was an assumption that a native application would be important to success. Jen recalls:

Further, it seems that banking on (pun neither intended, nor avoided!) a web application rather than a native application has paid dividends in terms of time to market:

“I feel like only having a web app is my strength because I can iterate super quickly.” — Jen Yip

Indeed, delivering the experience as a web application has allowed Lunch Money’s latest version, and newest features, to be available to its customers most rapidly thanks to how the web works. No waiting for a user to update or upgrade an application. The URL is the interface. The customer will access whatever version is being served.

Lunch Money continues to evolve at an impressive rate. New features of the UI are developed in feature branches in local development environments that faithfully replicate the hosted environments in Netlify. And when ready, these progress through to the (very exclusive) beta environment for functional testing before also being deployed to the staging environment, for use by a wider group of invited customers. And finally onwards to the production environment.

The underlying git branching model and workflow smooths this path to production. But no credit should be taken away from Jen Yip, whose vision and determination has created this outstanding application and who continues to not only design and build it, but also support its growing user base.

The accomplishment was recognized in October 2020, when Lunch Money scooped the award for Jamstack Web Application of the Year at Jamstack Conf, beating competition from much larger teams and organizations for the title. A great reminder of the power and resources developers and development teams have access to in this era of web development. 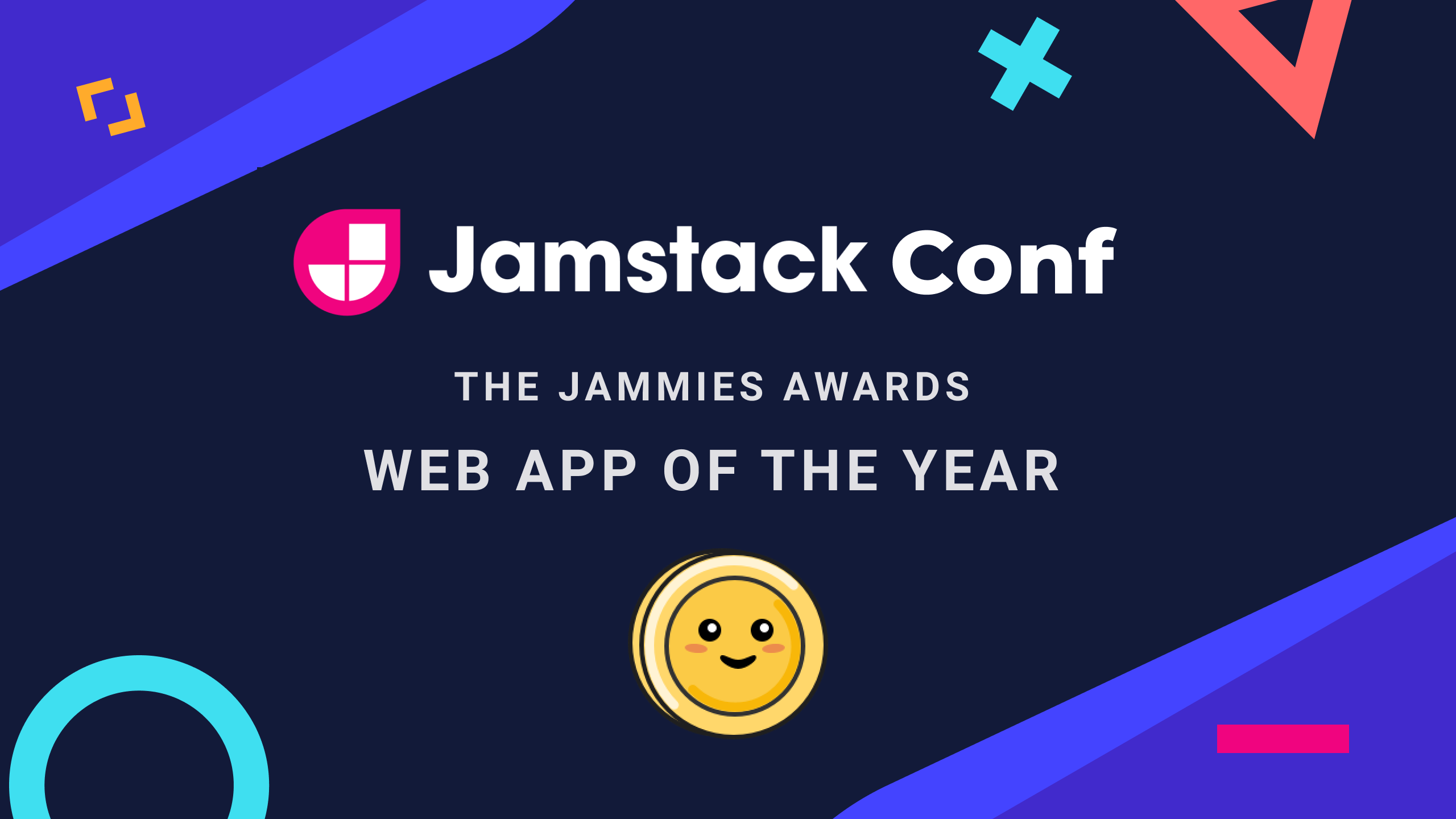 For more information about Lunch Money, you can explore a detailed list of all the tools and services used in building, marketing, monitoring and supporting the product at https://lunchmoney.app/stack

You can also hear a recent interview with Lunch Money’s Jen Yip on the Netlify podcast 🎙: Remotely Interesting (embedded below) and on Indie Hackers.

And of course, you can sign up to use Lunch Money and get a grip on your finances by signing up at https://lunchmoney.app

How Fieldfusion built a SaaS business on Netlify